Somewhere between one and four times a week, depending on the week, I wake up between 3 and 6 in the morning with extreme nausea and am up for at least an hour before it subsides enough or my stomach empties enough for me to go back to sleep. I do not appreciate anything about these horrid hours, but I have recognized lately that nausea has taught me humility more than any other aspect of my disease.

It is impossible to feel superior to anyone when you spend multiple hours a week throwing up and wondering when this cycle might end. Did someone get 2+2 wrong? I can laugh at them all I want, but at 4 a.m. that person is likely snuggled up in their bed while I am struggling to hold down sips of water. There is nothing "strong" or "brave" about it. These are some of the most hopeless of moments, when the whole world feels like it might crumble around me and I wonder how it is even possible that the sun will rise again and life will carry on. It is one of the loneliest experiences of living with a chronic illness, yet unlike at other times of intense pain, I never wish that anyone was there with me. Nausea feels like a storm I must weather on my own. It is my personal fight, where my army of family members, friends, and doctors have all retreated to get some rest and I must go back out to brave a beast that wakes up before anyone else. I receive so much help with almost everything else that I feel like nausea is my own battle, and so I give myself the pep talks and make the medical decisions and allow Zofran to dissolve on my tongue without anyone to cheer me on.

In high school, on some of the days when I could barely walk as a result of the arthritis in my lower limbs, my friends or teachers would often accompany me on the short walks between my classes, most importantly because I could not handle any administrator or other teacher accusing me of sluggishness or trying to help but accidentally overwhelming me. Even though I should have just used the wheelchair (story of my life, honestly) there was something triumphant about reaching my destination. Even calling it a "destination" really brings to light how screwed up this mentality was; for everyone else, it was just their "next class." When I would hobble into a classroom, exasperated, people would comment on how proud of me they were or how much they could see that I was trying. While this often felt condescending and inappropriate (look up inspiration porn if you are unfamiliar with the term/concept), it was still better than them thinking I was lazy or apathetic. If I stayed home sick or used the wheelchair, would they still think I was strong? Would they think I had given up? Was I ready to give up? 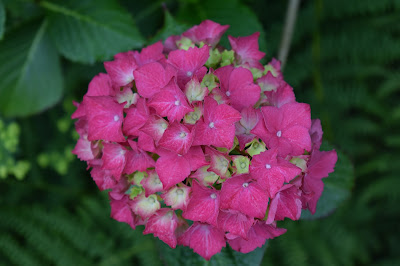 The thing with nausea is that there is no triumphant moment or destination. There is only a moment of feeling well enough to curl up in the fetal position, unable to distinguish which tears in my eyes are from throwing up and which are from crying, and squeezing my eyes shut with the hope of sleep. I do not feel like a warrior, I feel frail and broken and small. I do not feel like fighting or wielding a sword. I feel like crying. No one will ever know how much strength I do or do not display during each night of sickness, and so I am only as strong as I want to be. "Hold it together," I think, but this time for my own sake rather than for the sake of someone else. I'm never trying to prove my courage when I weakly leap up from my bed, twist my tangled hair up with a clip as fast as my fingers can manage, and grasp porcelain with cold palms, unable to hold my head up otherwise since I am dizzy from having rushed out of bed. But I do have to be strong, so that I will get through the episode efficiently without completely losing my mind. "It'll be okay," I tell myself, resting my head against my cabinet and closing weary eyes, "it'll be okay." I only believe myself half of the time.

This is not a pretty or poetic post. I am keenly aware of that. These are the unfortunate details of chronic illness that are painful to write but that I believe are important to share, because I am trying to portray chronic illness and the ways in which it affects me on an individual basis accurately, authentically, and thoroughly. I have not written about nausea much mostly because the timing of my nausea makes it easy to hide. I hope that exposing my very regular struggle with nausea today does not scare anyone, but if it does scare you, know that you are not alone, because it scares me too.

I would never wish this disease or any of its symptoms on anyone. One time during middle school I prayed for someone to understand what it was like and then demanded that God shred my request a few weeks later, afraid that my prayer would be used to justify giving some other little girl arthritis. I thought about this hypothetical girl often and became panicky whenever anyone around me complained of a sore wrist or a stomach virus or a minor autoimmune issue. Was this the person I had doomed to a life a rheumatology appointments, home injections, and joint swelling with my selfish prayer? This was terrible theology and looking back I know that my prayer was free of malicious intent, but I felt guilty about it for years. I hope that you never experience a serious health issue, but I also hope that you have something that makes you feel completely inferior to everyone around you. As terrible as the feeling is, it sure does make you care a lot. And it sure does put things in perspective for you, even if you would rather that perspective not come in the form of a torn up stomach in the wee hours of the morning. I hope you will use feeling small to give a lot of love to the people around you. I hope you realize that sometimes the smaller you feel the bigger your heart is.
Posted by Rachel Sauls at 10:42 AM

Email ThisBlogThis!Share to TwitterShare to FacebookShare to Pinterest
Labels: nausea